Embracing The Things We Hate About Ourselves

by Death of Self 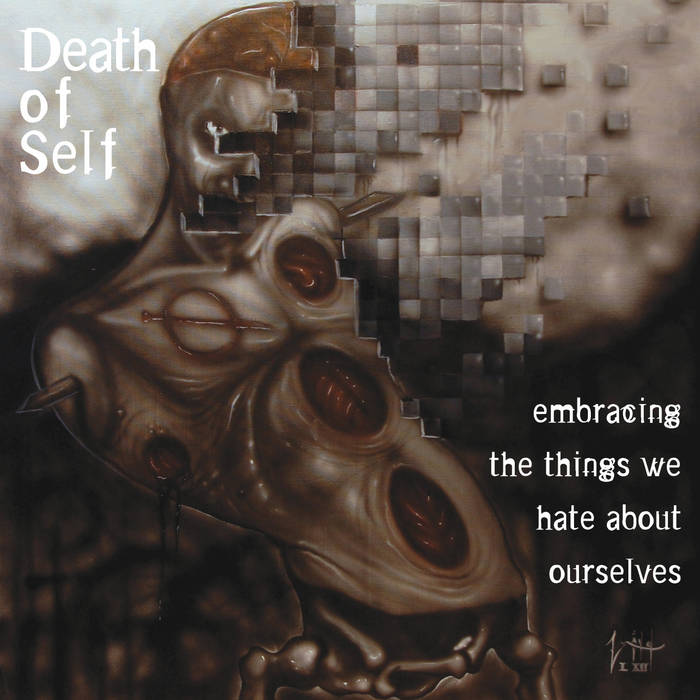 Steven Gullotta This album is just so dark and tantalizing; it's a harsh look at humanity and everything wrong with the psychology of the individual. Everything from the comical "More Interactions With People" featuring It-Clings to Broken Glass was done well. "Realizations" took the cake for me, as it is one of the most hard hitting tracks I've heard in a while. Full review here: brutalresonance.com/review/death-of-self-embracing-the-things-we-hate-about-ourselves/ Favorite track: More Interactions With People.

death of Self's debut full length cd release "embracing the things we hate about ourselves" is livid industrial that combines compulsive beats with a gritty self-polluted style, as distorted and disdainful in sound as it is in context.

this album explores the sociopathic tendencies within, the absurd struggle to find some sense of happiness or at least acceptance of one's self; that digging, destructive turmoil of inner evaluation. in essence the desire to have a realization that reveals the truth for what it is, in all its horror. the dark corners and twisted workings of the mind are exposed within the tortured synth lines, destroyed drums, thick atmospheres, flowing strings, and aggressive and intelligent lyrics.

conceived in 2006, the goal of chicago's death of self was to create an unaltered, clear perspective of the world through its sound, exposing the darkness within and unmasking the blinders. after two limited release experiments, an ep and an extended ep with remixes by assemblage 23 and noisuf-X, death of self caught the attention of canadian industrial label bugs crawling out of people, who signed them and slotted them for their first release of 2012.

programming, arranging, lyrics, vocals, and mixing by Death of Self [www.death0fself.com], except as noted

lyrics and vocals for “more interactions with people” by it-clings [www.it-clings.com]

bugs crawling out of people - 2012 [www.bugscrawlingoutofpeople.com]