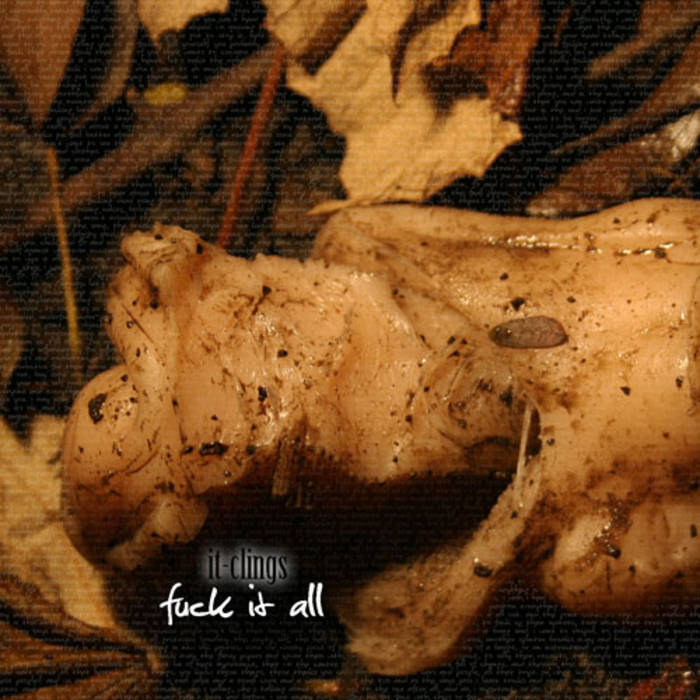 first appeared on the Mother's Against Noise compilation from Connexion Bizarre

Niggahz. My Niggahz do you hear me? Are you listening to me? Can you hear me shout and scream? Niggahz! Muthafuckahs. You are out there and i can feel you. Come on my Niggahz let's do it, let's join together, let's crush that fucked up corporate run industrial military complex, that... whatever the fuck it is old ruling class, those stupid abusive mother fucking shit wads in power. Let's push them up against a wall and mow them down, let's beat them down with bricks and rusty fucking pipes, let's drill them full of holes, poke them with unpleasant feeling objects, lets fuck 'em up, pull them down, draw them out and degrade and humiliate them. Come on motherfuchahz! Now by yelling the word Niggahz, i don't mean to be racist, to use it as as disparaging term for a Black person, a person of African American descent, but rather i use it as a rallying call for all of us underprivileged, under-appreciated, underfunded, underfed, under-paid, peoples of the world. You know... most of us. Now by saying rallying call, i don't mean that i'm actually calling people together for a common purpose. There is no purpose, no point, no objective and anything we do to try, seek to establish any sort of justice, any sort of real meaning and fulfillment to peoples lives will just be abused, corroded and manipulated by someone, some motherfucker who feeds on this sort of activity, that is able to sell bullshit to stupid people and have them eat it up like it was candy. And by stupid people i guess i mean us. All of us. You and me and that chick with the weird hair, even that guy who's all angry and doesn't conform, but sort of does... Ah fuck. Now that i think about it i think i'm just being inflammatory for inflammatory's sake, realizing that nothing is worth the fucking effort, but thinking that violence and some sort of revenge the the key, when really, its not. All these riots and revolutions, all these fanatics and philosophers have done very little in the long run. You struggle and struggle and someone else takes over and in the end you're worse off and more productive for their cause and less human as a result. We are the result of all these revolutions! We're fucking pathetic. Shit. Fuck all this inflammatory bullshit. You might as well join in, sell out, buy some stocks, get yourself some financial stability. No one's looking out for you except you. You might as well do what you can and live your life in blissful ignorance of everything accept your own self gratifying sensibility. You have needs and you need those needs fulfilled. Do it. Join it. Embrace it. Luv it, motherfucker. While you can... you don't have much time. Fuck everyone and everything. They aren't worth your time or money.